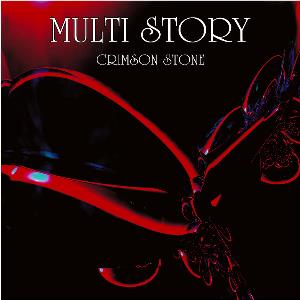 Multi Story is a five piece band with a lineup of guitars, bass, drums, keyboards and vocals.

The band released their debut album East West in 1985 and the follow up album Through Your Eyes two years later. And then...... nothing....... until now.

From what I gather, the only remaining member from the 1980s is the keyboardist Rob Wilsher. The vocalist and acoustic guitarist Paul Ford played on the debut album and on this album, sitting out Through Your Eyes. I have also been sitting out that album as I have reviewed East West two years ago. An album I did not like that much.

It is obvious that the band were around in the neo-prog heydays. They were never prolific and I have problems remembering anything about this band from those days. The band never got any breakthrough, although releasing two albums back then were really well done.

We are talking neo-prog and AOR rock here. Paul Ford has a good voice and he uses it well. The other musicians also do a good job.

The music is a bit too comfortable and too much safe. The band is not really pushing out the boat here. They stay close to the shore and is not joining the greats of this scene with this album.

I guess the band is both happy and comfortable with their place in the scene and their music. Music which may light up a prog rock or a rock festival. Music that sits well in an open air festival as in a pub gig.

The songs are not really that good though. But there are some positives and good things here. An hour with this album, several hours in my case as I have had problems sorting out my impressions enough to write a review, is a bit too much for my liking.

This is a decent to good album. If old style neo-prog is your cup of tea, get this album.