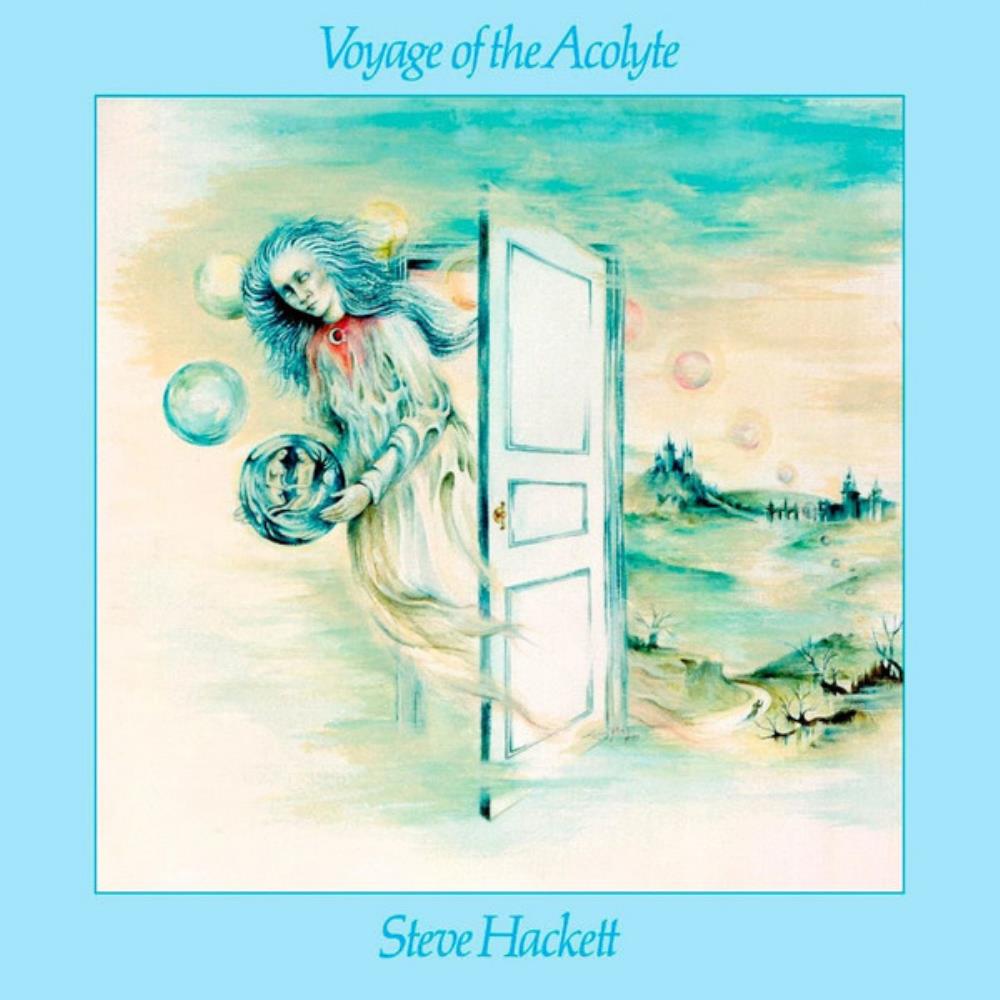 The debut album from the Genesis guitarist.

Steve Hackett was still a member of Genesis when he recorded and released this album. This is the first of a very substantial amount of albums from Steve Hackett and I am trying to run through them, album by album, in the coming weeks and months.

Steve Hackett did the guitars, most of the keys and some vocals here. On the vocals, he also had help from Phil Collins and Sally Oldfield. John Hackett helped on flutes and Mike Rutherford did the bass. Those among other guest musicians as Steve Hackett had yet to get a band at this stage.

I have been "warned" by many of my friends that I will fall in love with Steve Hackett's music. His more new one albums has not done much for me. I reviewed two of them for ProgArchives. So with trepidations.....

Voyage Of The Acolyte starts out as a wild Steve Howe inspired Yes moment before it takes a much more pastorial direction. Yes, Genesis is a great reference here. In partictular when it comes to the guitars.... I wonder why....

This album is a much more complex symphonic piece of music than Genesis ever produced. And I am not saying a bad thing about the first Genesis albums with Peter Gabriel at the microphone. But this album is different and Steve Hackett on his own is different from Genesis.

The result is a symphonic prog album with a lot of eclectic moments. The best pieces here is Star Of Sirius where Phil Collins does a great job on a track I feel Genesis should have included on one of their albums. The second great piece here is the twelve minutes long Shadow Of The Hierophant who closes this album with a very dark theme.

The end result is a superb album who only need one or two brilliant tracks to make this a brilliant album. It runs it close, though... Get this album.