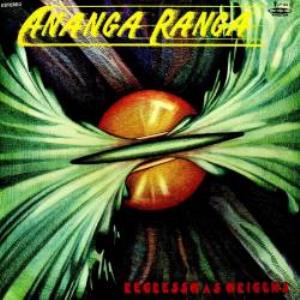 The debut album from this Portuguese band. A band who released two albums before they gave up the ghost.

Both albums are available through Youtube for a good listen or ten. Their albums does not have many reviews. None at ProgArchives, from what I can see. I think they deserve your ears and longer writeups, if anyone from ProgArchives reads this.

This album starts up as a bit of a movie soundtrack fusion album. Which is not a good start in my ears as I am no fan of slick fusion movie soundtracks. I got enough of them when watching the TV crime series from USA in the 1990s. It was all the rage back then. It does not give me any fond memories.

But gradually, this thirty-six minutes long album is changing style. A violin comes into play and is introducing some folk music into this album too. Some guitar solos also livens up the music. The music also takes a turn towards more solid jazz territory. More towards the likes of Return To Forever and dare I say it...... Mahavishnu Orchestra.

The end result is an album with a bad opening and a good finish. It is still not a good album by any means. But one to check out. Youtube is the place to do that.