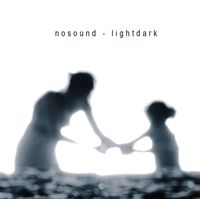 I have tried to avoid their releases for some time as I am not really into long psychedelic albums. Albums in the early Pink Floyd, Porcupine Tree and Marillion vein. But I have to decided to give two of their albums a chance this winter/spring.

The band is the brainchild of Giancarlo Erra on vocals and keyboards. He has got help from Tim Bowness and five other musicians. The line up is guitars, keyboards, bass, cello and drums. There are also vocals throughout this album. English vocals.

The music, one hour of it, here is laidback prog rock in the vein of neo-prog and space-rock. Gazpacho springs to mind. Giancarlo Erra and Nosound is more like painting sounds and songs than making them. The music is full of emotions.

The result is a good album. It may be a bit too pedestrian for most of us. Those into the above mentioned bands should really check out this album and band, though. They will become a fan of this band, no doubts. I am not there yet, but I would not discount it if the next album is a bit better than this one.