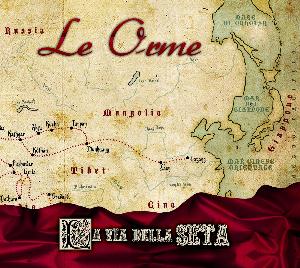 The 19th and so far final album from this great Italian band.

Aldo Tagliapietra had by now left the band and Jimmy Spitaleri had taken over the microphone. Besides of that, we get keyboards, bass, drums and guitars.

If this is indeed the final Le Orme album, I have to say they are going out with a bang rather than with a whimper. There is a lot to be happy about on this album. What is really missing is a final great song from this band. Besides of that, this album oozes class and style. It oozes Le Orme and everything I really loved about this band.