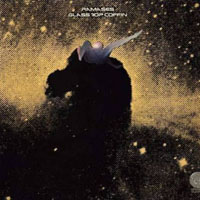 The second album from this UK band.

This band was set up by a man who believed he was a God. Or perhaps just a pharaoh. In any case; he was barking mad. He also released two albums under this name before the lack of commercial success closed down this band and the label support.

Their label Vertigo sunk a lot of money into this album by hiring both London and Philadelphia Symphonic Orchestra. That and a lot of other musicians. Cheap, this album was not.

What did they get ? A kind of a hymn like album with a lot of religious dreams and imagery. Not about Jesus off course. It was about this demented guy behind this album.