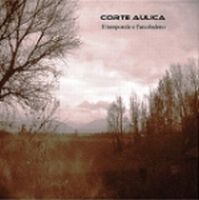 The band was formed to form as a bridge between Canterbury prog and Italian prog. The band is a four piece with guitars, bass, drums and keyboards. And yes, no vocals whatsoever.

I have to admit the term "instrumental album" is starting to fill me with dread these days after having had ten too many of them on my plate. And this album is not changing my opinion about instrumental albums, I am afraid.

There is some good details and melody lines here. And this album is thankfully not elevator/shopping mall music. It is far too complex for that. It is still a bit of a heard-it-before type of an album which is lacking in imagination and quality. Hence my verdict.