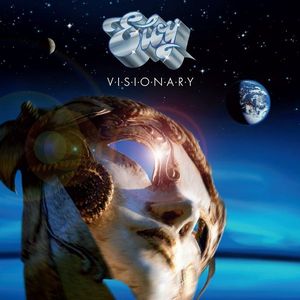 The eighteenth and so far final album from these German masters of space rock.

Take a big slice of this day and age too. The band has not left the more commercial and not so delicious inspirations from the contemporary rock and pop scene too. Not to mention the more psychedelic rock scene. Then add the 1970s and you have this album.

Frank Bornemann is still the voice of the band and their sound. He is helped out by keyboards, bass, guitars and drums. That and some classical orchestra instruments.

The sound is a bit too sugar sweet this time around. The songs are good though. But nothing here is really sparkling. It more feels like still water. It is still a good album though. A solid album from Eloy. An album for us fans.