Reasoning. The - Adventures in Neverland (2012) 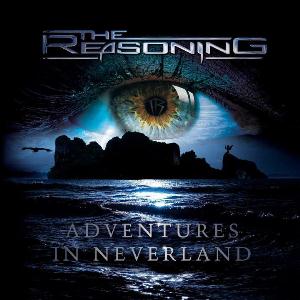 I guess I have a bit of an unhealthy interest in this band. Rachel Cohen's vocals is excellent and one of the best vocals in this scene. I am normally not that fuzzed about vocals unless they sounds like the mating calls from crows. But I love Rachel's vocals. I have no idea how Rachel looks like 'cause I could not care less. I am not in love with her. But her vocals is like balsam to my soul and my interest in The Reasoning is unhealthy.

OK, this is their fourth proper studio album. Fifth if that Acoustically Speaking album from 2010 should be included. The band has developed reasonably well towards a more commercially accessible British AOR territory. The band must have sniffed out that Rachel's vocals is their strong point as she has been given a lot more to do on this album than on previous albums. Gone is most of the male and twin male/female vocals. Yes, we are still talking female fronted rock where Mostly Autumn is the godfathers of the scene. This album has also returned to the celtic rock roots of Mostly Autumn too.

The end result is a very good album. One of their best albums, if not the best album. My only two gripes is the lack of adventure in their music and the lack of one or two killer tracks. The music is sadly a bit too predictable. The album cements their position as one of the best British bands these days and the fans gets what they want. A bit more adventure next time, guys. The basis for a masterpiece is already there. A masterpiece they will eventually do, somewhere down the line. The Reasoning is a worthy successor to Renaissance. But they have still have some work to do before they quality wise reach that level.

This is a very good album and one of the best post millenium female fronted British albums you can lay your hands on.