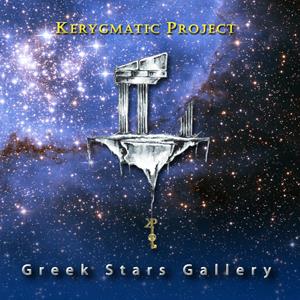 To my knowledge, the second album from this Italian band.

They are from Italy, yes. They compare themselves to Genesis and ELP on their homepage. Which is fair enough when it comes to the Genesis link. That's the Phil Collins era Genesis though. For most people, that is not a compliment. Take the Genesis album Duke and you will be somewhere near this album. ELP...... not from their best period, their first four albums. I would say more like their two final albums. In short; Kerygmatic Project sounds like ELPs and Genesis least desireable/interesting periods. They are much more a pomp rock/pop band than a prog band.

That also comes with English vocals, tonnes of keyboards, bass and drums. The sound is not particular organic and it has a 1990s whiff about it.

The music on Greek Stars Gallery is pretty good though. I love the song titles though which is very pomp and arty. The songs are a bit of a more let down, though. This album is infinite better than what Genesis and ELP came up with with the same type of music though. There is no really great or even good songs here. But it is still a good album which appeals to the softer, weaker side of my deranged personality. A weak....