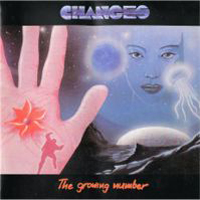 The only album from this Swiss band who later morphed into Shakary (several albums).

The early 1990s were a barren time for progressive rock and this album is very much a proof of that. The music here is an attempt to fuse neo prog with AOR. The synths has this plastic fantastic sound from the 1980s. Ditto for the vocals too. Well, the whole album and that also includes the guitar sound. Most of this album is AOR with some neo prog holding it all together.

The songs are fairly decent with some hints of Saga inbetween all this AOR and neo prog. The music scores very low on orginality and the cover art work is horrible. This is not an album I am a proud owner of. Enough said.