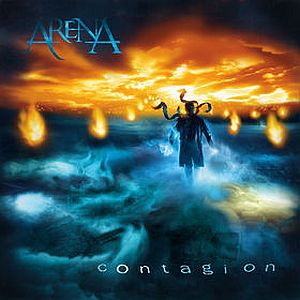 The fifth album from this British neo prog band.

Arena is one of the best ever neo prog bands and that reputation is largely built on this album. An album with big, bould melody lines. The band paints their music on the canvas with big brushes. Brushes on which they adds bright colours. Sometimes, the colours black and brown is also added to the canvas.
The end result is a big colourful painting, this album.

The keyboards and the guitars sounds are big and bombastic. Ditto for the vocals. The songs are great too. I do regard this album as one piece of music from the zero hour to it's end, one hour later. It is a great piece of music which should enthuse and amaze the listener. I am amazed, but not that enthused though. Maybe I have overdosed on music lately. Maybe I am a dull, chilled out person.

Anyway....... This is a great album which should be an obligatory purchase.