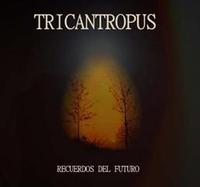 A new Spanish band with two albums on their conscience..... so far. This is their debut album.

Their brand of instrumental music is a bit difficult to describe. Take a lot of Pink Floyd, some fusion without it's normal intensity, a lot of Camel and a lot of Carlos Santana. Add some prog metal and movie soundtracks aka Jan Hammer into the mix. There are also a some Spanish folk music here.

In short; this album would appeal a lot to Camel and instrumental symphonic prog fans who does not like too many sharp edges in their music.

The quality is good throughout. But I am missing a lot of identity in their music. This album is more soulless and bland than I appreciate. A bit more fusion would had given the material a lot more bite and content. Some chugging guitars and a lot of nice sounding keyboards with some funky bass and drums in the background does not really make the sun shine for me.

On the positive side; this is very competent delivered music and an album well worth checking out. So it is a three points album for me and a hope that their second album has some personality induced. I have just ordered it and I hope my money was well spent.