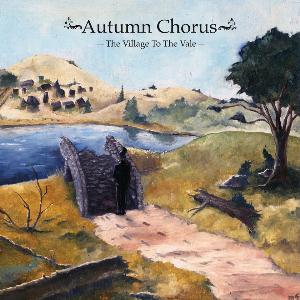 The return of the English pleasant land.

In England's green and pleasant land, you still get some albums that resonates between the villages and hills in England. An album that paint pictures of the English landscapes, the people and the village lives...... anno 1920. This is such an album.

With vocals that reminds me about A-Ha's Morten Harket and is that good. But where Morten Harket goes take on me and the sun always shines on tv, Autumn Chorus vocalist Robbie Wilson returns into one of England's cathedral and joins one of their many young men choirs in their chorals. His vocals is unearthly excellent and can make satan himself attending church on a regular basis. Robbie Wilson does get help from some female vocalists too and the end result is heavenly godly throughout this album.

The vocals are supported by a post rock like music with a lot of strings, organs, guitars and the traditional instruments. The sound is excellent. The music relies heavily on the vocals, but the instrumental bits is still excellent in it's own right. The music is pastoral post rock which feels like has been produced in an for a cathedral and in a cathedral. The music is in short almost religious and hymn like. But a lot better, I have to say. Sigur Ros is an obvious reference.

The music is excellent throughout and really takes the listenener on a fantastic journey through the pastoral landscapes of England. It also takes the listener back to baroque music, although with a post rock soundscape.

This album is nothing short of sensational. It is not in the same category as Genesis masterpieces, but it is not far away. English prog rock has found a new masterpiece in The Village to the Vale. No doubts.