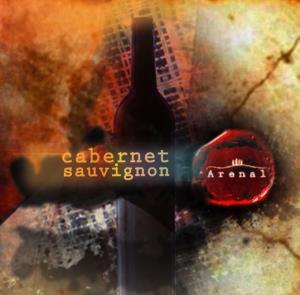 Arenal is from Chile and that is all I know. I also know that Cabernet Sauvignon is perhaps the most popular and most sold type of wine in today's world. Chile is a big producer of red wine based on this grape and the wines from Chile is top value for money. That is as far as I remember from my wine drinking days. I am more or less a teetotaller now and addicted to coffee and Pepsi Max. But wines from Chile comes with my recommondations.

Arenal though is playing a sort of a fusion with metallic edges and some Dream Theater and Mahavushnu Orchestra connotations. I call it neo-fusion or even modern fusion. The music is mostly instrumental and pretty symphonic throughout.

I gather this is their debut album. Which explains their eagerness to prove their value as musicians. Unfortunate, the art of writing great music is missing. But the music is good throughout, although the sound could have been a lot better. But this is a good album and I think it is fair to say that Arenal has a lot of unfulfilled potential. They will hopefully unleash it on coming albums.