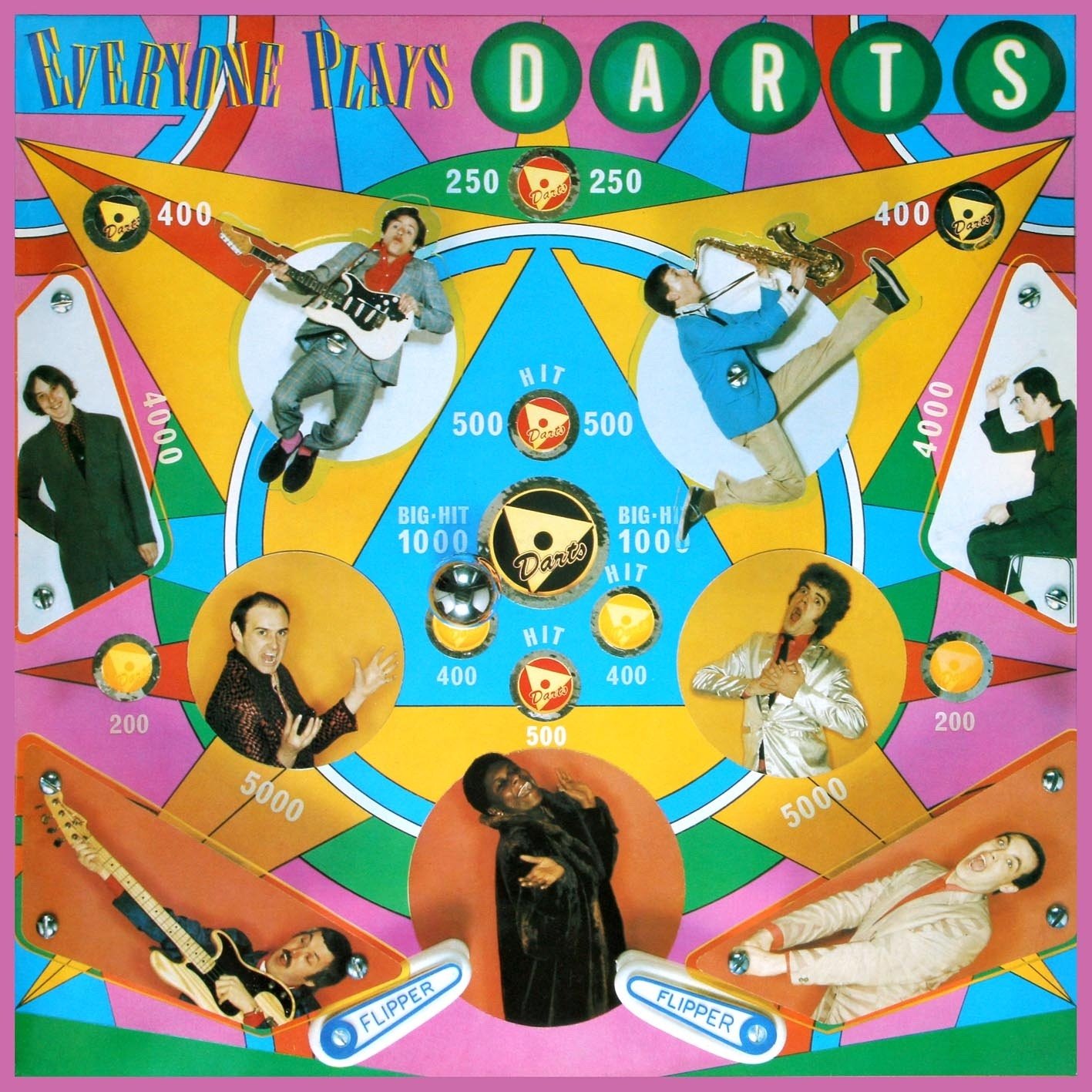 We all have some skeletons in our closets. This is one of mine. I was a big fan of this band when they were around. I was probably the only Darts fan in Norway at that time. And frankly, my infatuation with this band is something I cannot explain whatsoever.

Actually; I can explain it. Back in my childhood, I was plainly weird and had some opinions noone else had. In today's children protection world, I would had been offered medical treatment and counselling. But not back at the end of the 1970s & the beginning of the 1980s. Back then, being eccentric in Norway was frowned upon, but no medical treament was available as it is today where all deviations from the norm are treated with pills and therapy.

Darts was a band who mixed in 1970s pop music with doo-wop and rockabilly. It was an eight man big band with a three men big male choir incorporated. Other instruments were bass, saxophone, piano, female vocals, guitars and drums. The music was very simple and vocal harmonies bassed with some outbreak of deep bass vocals from the male choir. More about the band in the link below. The band still has a great following and all their albums has been re-released now on CD and digital downloads. I actually got a double CD collection myself of their best songs and my face went tomato red when my current girlfriend picked it up last week and studied it. It was like she had discovered some porn magazines...... I am not happy about that album in my living room and it has been moved to a new location (behind my bed).

Everyone Plays Darts is their second studio album (and the third ever album I bought) and it spawned some pretty big hits too. Yes, this was in 1978, one of the most diverse years in the annals of pop music. So Darts got hit singles with both the opener The Boy From New York City and It's Raining. The latter one is actually a good ballad and the closest Darts comes to good quality music on this album. The other songs is teenybopper pop with doo-wop vocals and some rockabilly too. Not anything that makes me happy so I will leave this cassette alone in a cobbard and not join the many fans of this band in buying the CD.

Darts is one hell of a skeleton in the closet.....