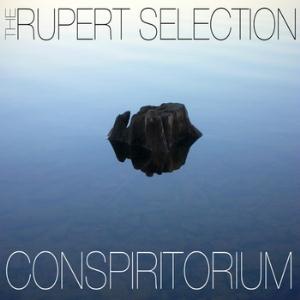 The Rupert Selection is another band from US who released their debut album last year. Despite of the downturn in the economics, USA is still churning out good bands.

Conspiritorium is a fifty minutes long album with a mix of funky metal, funk, eclectic prog, AOR and rock. They are listed as a prog rock bands on some online magazines and I agree with that. But their music is more mainstream than nerdy and eclectic though. References are King's X, Mars Hollow and the more rhythm based prog rock scene.

Their music is based on mainly drums, bass, guitars and vocals. I have heard they have added a keyboard player now to their setup. But there is very little keyboards on this album and they are most used as sound effects and added textures to the guitars which really dominates this album. There are some vintage hammond organs scattered around this records though. The vocals are understated and fitting for their music. The sound is excellent.

Their chosen type of  music requires some great songs. Unfortunate, this album is poor on great songs. But this is still a good album. I suspect the band is so much better on stage though. This music is meant for a stage and not an album. If I was a gig promotor being offered this band, I would book them. If they were gigging in my area, I would go and see them. But I am looking forward to their new album too. Keep an eye out for this band.