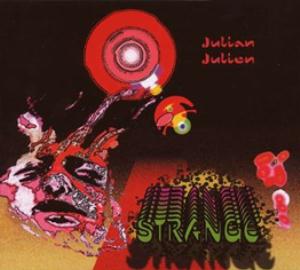 The second album from Julian Julien which has just announced a new project. Good luck with that.

Julian Julien has his roots in the jazz/fusion scene. But he is somewhere in the world music and the avant-garde scene with this album. It starts with an adventure into Chinese music, continues to Africa and also goes funky for a while. Being a saxophonist, there is almost no saxophones on this album at all and that is a disappointment. Strange is as the album title says...... strange.

I feel Strange is a departure from the standard established with his debut album Terre. Strange simply sounds too fractured and too much of a sound collage where the bits not really fits together. I also think Julian Julien has dived head first into an overpopulated pond. Some of them are big fish too. I would say; stick to the saxophone and leave the sound collages to less talented musicians with tonnes of cpu (computer) power and not much else.

This album is a disappointment in my ears, I am afraid.