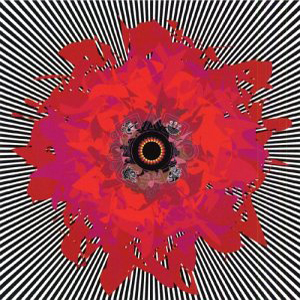 Guapo is one of these hidden English treasures. The band has been lumped into the Magma copycat genre. But on this album, they are anything but copycats.

Starting out as a mix of Univers Zero and Shub Niggurath, this album soon explores a lot of avenues. Yes, that also includes Magma. But not as much as I expected. They also takes a solid stab at Scandinavian symphonic prog too (Anekdoten) before they continue over to more jazz/zeuhl like instrumentals. Mainly, I would put this album somewhere between RIO/avant garde, Canterbury and majestic fusion/prog.

All tracks are instrumental and really majestic. Majestic and never boring. There is a lot of things going on in the music here. All of which I really likes. The best part is the Anekdoten part on the long title track. This due to the mellotron both used here and throughout the album. Mellotron on the top of a metallic bass and some great drumming is a good sound in my ears. The harsh guitars also adds something good to this album.

This is a great album and one of the true great albums from this century.

Guapo, that is a band I need to check out more.