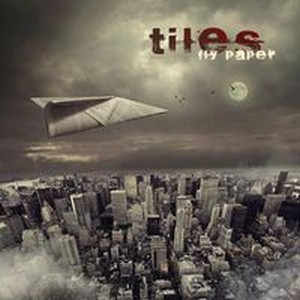 Tiles is a quartet with a lineup of bass, drums, guitars and vocals on this album. They have also got help from some guest musicians/voices here. Alex Lifeson (Rush), Matthew Parmenter (Discipline) and Alannah Myles to mention the most well known of these musicians.

I have been reasonable impressed by their first four albums and have found a band I really like. That because I both love Rush and like King's X. Those and Dream Theater is the three bands I would compare Tiles to.

The band kicks of this album with a couple of Rush like songs before we get back to the usual mix of hard rock and prog metal. They sound a lot more like King's X this time than on any of their previous four albums.

There is also a couple of ballads and more mature songs here inbetween the hard rocking stuff. This throughout this one hour long album.

The band has been good with introducing new ideas on each of their albums. Not this time. The band is really consolidating on this album.

Consolidation means taking two steps backwards. In particular when the songs are not that good. Or in some instances here; really poor.

I am not a big fan of this album. But there are still some good stuff here. Hence my rating.