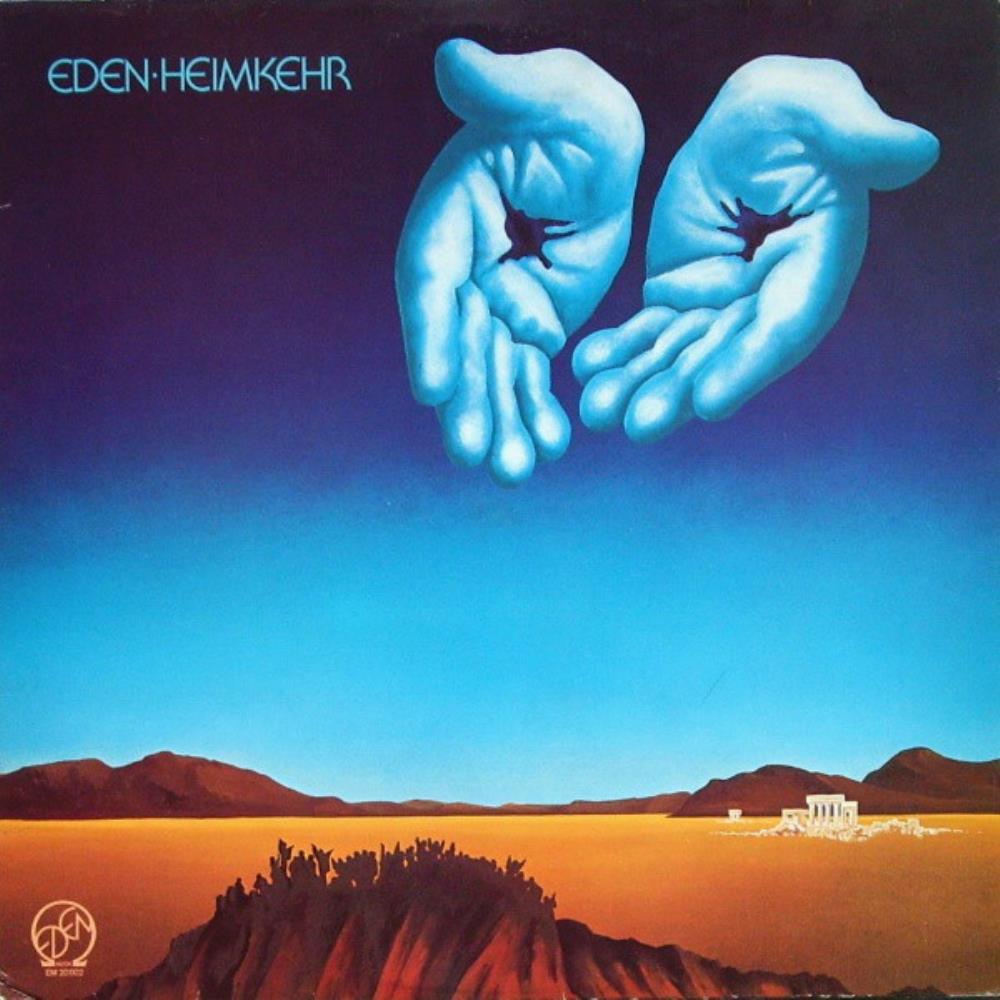 Eden was a ten piece large musical collective on this album with three guest musicians also helping out. The main instruments are keyboards, drums, bass, guitars, violin, flute, lots of female vocals and some male vocals. There are also some narrations here. Everything is in German.

Eden was one of those bands in the Christian folk/prog rock movement who spread the gospel through music. This scene was pretty big in Italy, Switzerland and in Germany.

Their previous two albums Erwartung ('78) and Perelandra ('80) was indeed spreading the gospel. But not as openly as this album.

Heimkehr is unmistakenly going all out, spreading the gospel. There are psalms here and lots of angelic female choirs. Some electric guitars are sometimes putting some salt inbetween this very sugary music. All the forty-six minutes of it.

The music is therefore folk rock with angelic choirs and heavy symphonic prog influences. The musis is pretty melodic all the way. This sugary angelic female choir is well over the top anno 2016.... and 1980. It must have caused some red faces and blushing even back then. Play this album in a record shop and it would empty as fast as if you had turned on the fire alarm.

The music is pretty good though and I can (barely.....) live with the female choirs. There are a couple of tasty guitar solos here which freshens up things a lot. Hence.....