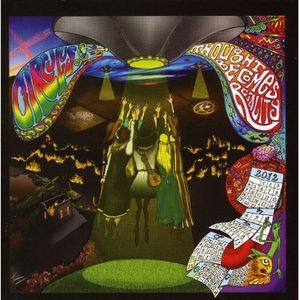 The third and so far final album from this English band.

The band was an eight pieces big band on this album. Eight members plus an own female choir too. The lineup was flutes, bass, drums, guitars, crumhorn, synths and plenty of vocals.

I very much liked their two first albums. The Lick On An Envelope Yet To Be Sent album from 2005 and the Clocks Are Like People album from 2006. Very good psychedelic folk prog.

The band is still walking down the same path on this album.

Lots of folk rock with a psychedelic twist. That is what we get here.

Thirty-six minutes of this type of music is what we get here.

There are a slight change of direction, though. The band has gone a lot more back to simple folk rock on this album. They have lost their edge on this album

More traditional folk rock and not so much pixies, hippies and magic is what we get here.

The songs are pretty good throughout with a lot of flutes involved. The link to Fairport Convention has been strenghtened on this album.

The end result is a good album which does not dazzle and is not casting magic spells over me. I hope the band will return one day and that in the incarnation of their first two albums.