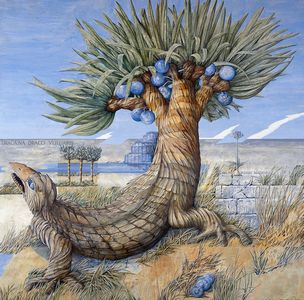 The second and so far the final album from this Swedish band.

The Carpet Knights was a five piece band with a lineup of flutes, guitars, bass, drums and vocals.

There is a lot of strange bands from Sweden. The country is full of them. The Carpet Knights released two albums and four EPs between 2005 and 2009. Then we heard nothing from this band. Which is a great shame.

Where do I start when trying to describe their sound and music ? Psychedelic rock is a good start. That is their platform. But add in some folk rock in the vein of Jethro Tull and some funk rock too. Then add in a lot of stoner rock too.

The mood on this album is also very funny and uplifting too. It has a pretty decent degree of humour included in the music.

This is indeed a bit of a forgotten jewel although it has some fans. You can add me to that list too.