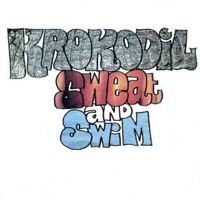 The fifth and final album from this Swiss band.

The band was a seven piece big band on this album with a lineup of guitars, sitar, harmonica, flutes, bass, percussions, drums, violins, keyboards and vocals.

The previous four albums from this band had been a mixed bag. The band never really let loose of their blues and hard rock roots. The blues was always there. But they became a bit more spacy after a couple of albums.

But their music was never really an adventure. A bit workman like, their music.

The band bows out with this album which is a return to blues and hard rock again. There is some space rock pieces here too. But all the music here is standard and pretty flat.

A couple of tracks where the band is using sitar and more indian asian chord structures is the only saving grace on this album. A pretty miserable and too long album.

The sitar and these Indian influences is saving this album from ending up in my turkey yard. It is not an album worth checking out.