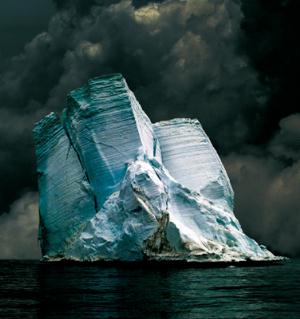 Toundra was a four piece band with a lineup of two guitars, one bass and one drummer.

Icebergs is not what I associate with Spain. Spain is a warm country and one country I, as I am freezing here in Scotland even indoors, would have liked to be writing these lines from now. But cold and windy Scotland it is.

Toundra too is frostbitten earth. Most of it in Siberia. It is the trademark, if you like, of Russia and Siberia. All around hard as concrete soil and earth.

Toundra is also this Spanish band. A band in the post metal and post rock genre. A band whose albums I have planned to review for many years. Actually, since their second album was released. They have now four albums out. Reviews to follow.

The music is instrumental and very post rock with a mix of harsh metal and more ambient soundscapes. All of it instrumental.

I cannot really say Toundra brings anything new to this table and genre. But this is a solid debut who is only lacking from a lack of a few good tunes. But I like a bit what I hear on this album.

A decent to good album it is and I guess it is easy available from their Bandcamp site.