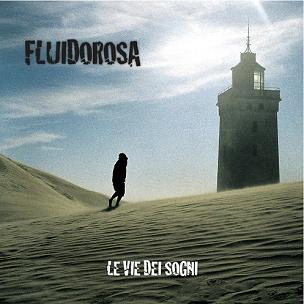 This band is a seven piece big band with a lineup of sax, keyboards, bass, drums, guitars and a lot of Italian vocals. Both male and female.

The band started out as a Pink Floyd tribute band twenty years ago. They got a record deal with the highly respectable Ma.Ra.Cash Records and the result is this album.

RPI is a very good start and end when describing the music on this fifty-three minutes long album. Yes, there is some Pink Floyd here too. But not from their psychedelic era. More from The Wall to their final album. David Gilmour's Pink Floyd in other words.

But Rock Progressive Italiano (RPI) is the label I would put on this album. And pretty much middle of the road RPI too. There is a lot of very lush Italian vocals on the top of some lush melodies. Yes, this album is a bit close to Italian pop and Pink Floyd at times. But this is RPI through and through.

What is really missing here is a great song. But fans of RPI, and I am one of them, will welcome this band as a grizzly bear will welcome a trailer full of honey. And oh my beaver is there a lot of honey on this album !!

This is a very good album and I would love to hear more, far more, from this band. Let's hope other RPI fans also fully embrace this band and album too.