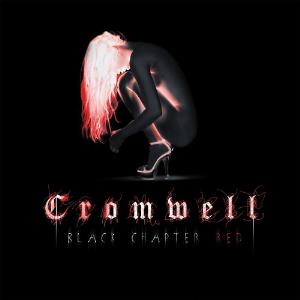 Cromwell is a four piece band with a lineup of guitars, bass, drums, keyboards and English vocals. Male vocals.

Black Chapter Red is the follow up to the 1997 debut album Burning Banners. An album I quite liked. An album very different to this one.

We are again in the middle of the German neo-prog scene. References are the English bands IQ and Galahad.

Cromwell is perhaps the most English neo-prog sounding bands of all the German neo-prog bands. The music is surprisingly light and airy compared to Burning Banners, 19 years ago. The change of personell is perhaps the reasons behind this.

The music is also leaning a bit towards symphonic prog. The sound is clear and there is some really good keyboards and guitars here. The vocals are very good.

The album is not spectacular in any means. But it is a solid album and a very nice listen who is not that challenging on the brain. It is also a good album and a more than welcome return from this band. It is also their best album too. Check it out !!