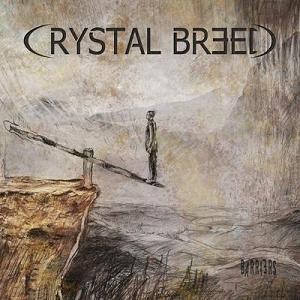 The band is a quartet with a lineup of guitars, keyboards, bass, drums and English vocals.

Their 2011 debut album The Place Unknown has bypassed me so this years Barriers album is my first meeting with this band.

The band is more known for their gigs and touring with big names like Uli Roth and Gamma Ray than their albums. At least that is how I learned about them.

The band has been labeled as a heavy prog band in ProgArchives. Which is correct. But this is not heavy prog as in Rush and the 1970s bands. Their style and sound is nowhere near those bands.

What we get here is a mix of Enchant, Porcupine Tree and Dream Theater. They have mixed this with college rock, U2 and some teenybopper rock too. The opening minute of this album starts of with German tech thrash metal from the late 1980s. All this on one hour of music divided on eight songs.

The vocals are a bit strained to say at least. The music sounds very youthful and full of enthusiasm. The sound is also in that vein.

There is also some references to the final years of those dreadful 1980s in their sound. The band is more or less copying Dream Theater during some of the opening minutes of this album.

What is missing here is quality. I am not really finding any good songs. There is a lot of good melody lined scattered around this album. There are also things here which makes me cringe. This is not a good album. It is not a bad album either. Hence my verdict.