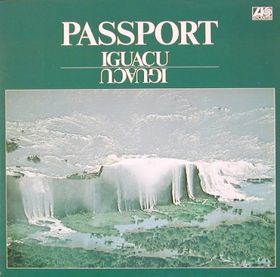 Passport is a German jazz/fusion act with countless studio and live albums on their conscience since 1971. This is their seventh studio album.

Iguaçu is very much concentrated on the ethno fusion genre. That means a lot of samba, salsa and South American rhythm patterns and melody lines. The fusion here is both funky and swinging with some good tangent work. The music is very commercial at times and it feels like some of it is a soundtrack for a movie or a TV programme.

This is my first ever meeting with this band so I cannot say if this is a good or a bad Passport album. But I like the music on this album. Yes, the music is not particular great. But it is a good album with both some really good and some fairly decent stuff. On average, this is a good album and I will most certainly get more albums from this band.