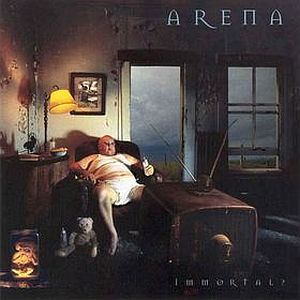 Sublety is what I am missing in Arena's songs. That and a bit understated richness of details. Instead, their music is very much straight forward big and the songs is pretty predictable.

When that is said, the songs are great. Commercial and easy accessible, but still great. I feel I am both repulsed and attracted to this album at the same time. This album is too straight forward for my taste and I doubt it will stand the test of time when/it I start to give it more airplay than the ususal ten times.

But the album has great melodies, great musicianship and some really great hooks too. I am missing some good details, but that is all I am missing in this album. A great album in my books despite of my misgivings.