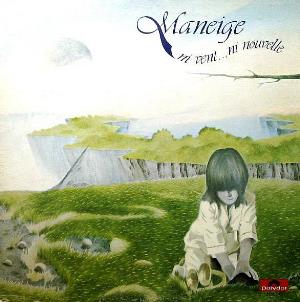 The third album from this great Canadian band.

Maneige was a part of the Quebec jazz/fusion scene and perhaps the best band to come out of that scene. But there is a lot of great bands and albums from that scene.

The basis is fusion on this album. More fusion than normal from a band who also combined fusion with a lot of folk and classic music on their other albums. Maneige has added a lot of vaudeville theatre music into their music. That and some elements of pastoral symphonic music too. I find a lot of both Focus and Flairck in this album. Not only because of the flutes which drives the music on this album. But melody wise, there is a lot of both bands in most of this music.

Besides of the flutes, the piano, some woodwinds and the percussions is also dominant in this music. Music which is both playful and dynamic at the same time. The jazz feel is also very good here.

The overall quality is very good. I am missing the dot over the i again which in my view makes a great album. A great melody line or two. But this is another very good album from Maneige, a band I really rate very high.