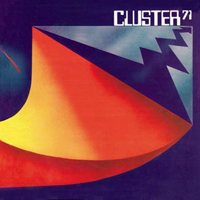 The debut album by this German electronica drone krautrock veterans.

Although electronica is technically not a correct description for this drone album. The drone tracks here has been created by cello and guitars. And there are actually some meaning in these drones which hangs around in the room. The music feels infernal like a dehumanized world. That is all this album is about. Industrial drones.

When that is said, this is by no means the type of music I enjoy. This album is widely regarded as a classic album and everyone into drones should freely purchase this album. In my ears, it becomes to claustrophobic and one dimentional. But it is still a decent album and I can hear the band is on to something here. But not something I really like. Decent, but nothing more than that.