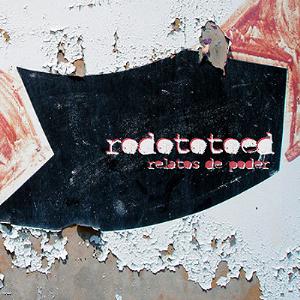 The debut album from this Mexican band.

Rodototoed is a new name to me. They are a trio with a lineup of guitars, synths, bass and drums.

They are pretty much a power trio in other words. Just like Rush. And all similarities starts and ends there.

This band is very much a space/krautrock band. They are influenced by spaced out krautrock and the evidence is in this album. A very short album, clocking in at half an hour.

The music is pretty intense with a lot of build up during the first ten minutes. Almost pastoral music at times.

The next ten minutes sees the music becomes more intense while it is very intense during the final nine and a half minutes. Crescendo type of intense.

Guitars, half acoustic and full on electric, is the dominating instrument here. That with a great help from drums and bass. The synths are much more subtle.

The guitars are anything by subtle as they are full on at time.

The result is an interesting album which showcases a lot of promise from this Mexican band. I am not intending to put up a wall against their two other albums and neither should you. Check out this band.