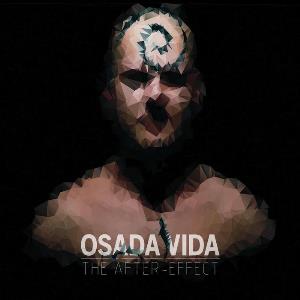 The seventh album from this Polish band.

Osada Vida is a five piece band with a lineup of guitars, bass, keyboards, drums and English vocals. They has also got help from a string-quartet on this album.

This one of those bands who operates somewhere between prog metal and neo-prog. Or Heavy Prog as this is called in ProgArchives. A genre also including the likes of Rush, Haken and Porcupine Tree. I do agree with ProgArchives when it comes to these three bands...... and Osada Vida.

Osada Vida went through a change of genre and personell some years ago. I reviewed their sixth album Elements, the first one after this change, back in January 2014 and noticed a not so exciting band. This album was still a good album.

I am not a big fan of that album. But I would like to check out their first five albums though as I am a curious cat by nature. I am intrigued......

This album though, The After Effect, is a fifty minutes long album. It is a mix of a couple of facepalm inducing pop tunes, some rockers and some more proggy sounding songs where the band is exploring neo-prog a bit.

The pop stuff is grizzly bad, it has to be said. The majority of the stuff here is pretty good, though. But the band does not sounds like they have something to offer here. It does not come across as a great band.

I have my reservations about this album which is lacking in both quality and application.