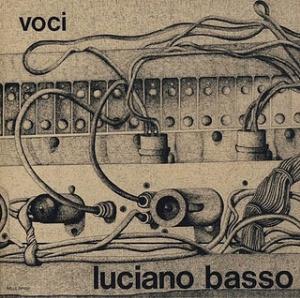 The debut album from this Italian pianist and composer.

Luciano Basso has had a long career as a classical pianist and recording artist. He has released seven album, the 2007 album Free Fly being his latest album.

Inbetween these sporadic albums, he has toured as a concert pianist and composed music for TV. The normal career for a great Italian piano and keyboard player.

It does not come as a great surprise to find an album somewhere between symphonic prog and classical music.

The forty minutes here is divided into five tracks. Four if you regard track 2 and 3 as being the same track. Most reviewers does that as this album has four distinctive different pieces of music.

There is a lot of keys in all varieties. From piano to mellotron and harpsischord. There is also violins, cello, bass, guitars and drums here. But no vocals. This album was recorded by six musicians.

The harpsichord is used pretty frequently here and that is a joy to behold. And the music is pretty melodic too. The RPI elements is very much present here. This is very much an album made in Italy and as music from Italy. There is plenty of references to Italian pop, folk and prog here. One half of this album is also very much classical music.

ELP springs to mind here as a reference. But this is as I said above an Italian album. Unmistaken so.

It is a pity that the music is not really that great. It is not an album would say puts it's head above other albums in this genre. Some of the music is bordering to very good. Some is not.

This is a good album which may interest fans of symphonic prog and Italian prog.