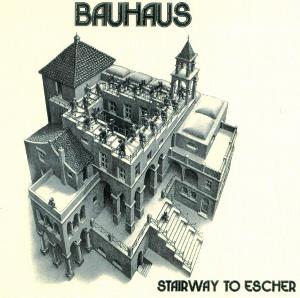 This album was cobbled together from some live tracks from a festival in Pompeii, 1974. I should therefore not have reviewed it according to my review policy. But I discovered this too late.

Anyway, Bauhaus was the remnants of another one album only band; Bueno Vecchio Charlie. That band did RPI. Bauhaus did not.

The band was a five piece band with a lineup of saxophone, guitars, bass, drums and keyboards.

Bauhaus was a jazz band more than a fusion band. The music is pretty hard bopping and not so much a fusion of rock and jazz. The rock instruments gives people the wrong impression here, that this is fusion. Anyway, you get the picture.

This forty-seven minutes long album does not take any prisoners. It is pretty hard jazz and very lively. Not much flirting with the finer art of pleasing the rock audience. A lot of the music reminds me about Soft Machine at their most jazzy moments.

The sound is not too bad, this being a cobbled together album from analogue tapes. But there is no denying a that big questions has to be asked about the sound quality.

The overall quality is decent to good. The music does not feel that very much innovative and the band does not take many chances. I would not include Bauhaus among the many great Italian jazz/fusion bands. But this album is a bit fun and I quite like it. The art-work is great.