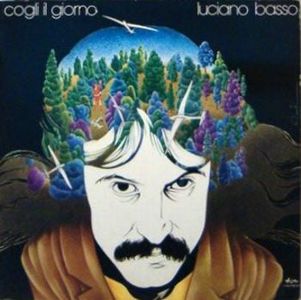 The second album from this Italian artist.

Luciano Basso has released seven albums in a long career. A career mostly spent as a concerto pianist and composer for TV.

His 1976 debut album Voci was a good album with some RPI and a lot of classical music. ELP springs to mind. It was also a well received album back in 1976/77.

So Luciano Basso moved onto a new project. A rock opera which opens with a very nice and light flutes dominated folk rock melodies. And that is as cheerful as it comes.

There is almost 20 musicians involved here. All of them with classical orchestra instruments. It is like a mini, bare boned philarmonic orchestra with an added soprano opera singer on the top. Luciano Basso is doing clavinet and all the piano himself.

This is in all but name a piece of classical music.

It is also a piece of avant-garde rock. Lots of it has taken a lot from the prominent Italian avant-garde scene.

This is by no means an easy listening album. Far from it ! It is a journey through a dark landscape.

The quality is not bad. It is an album requiring a lot from the listener and I have had my problems. But I like avant-garde rock and this half an hour long album is down my alley. Check out this good album.