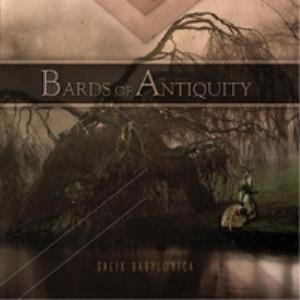 The band is a trio and their lineup is synth violin, guitars, synths, bass, drums, programming and vocals.

This band is also three black metal musicians going back to the past, to the end of the 1960s, and trying to make a sort of an album from those times.

The end result is an ambient album with some strong folk rock and classical music influences.

The music is very depressive and it has occured to me that these three musicians can daily be found in the depressive funeral metal end of the black metal scene. I don't hear much Emperor or Mayhem here. More like the band Funeral, who released an album on my now defunct record label.

A lot of of the music also reminds me about Goblin too. A bit of one of their more depressive movie soundtracks.

The funeral dirge feeling permeates every tone of this album. Something very helped by the clear, but still depressive vocals. Not the best vocals I have heard, but still fitting for this album. I got no problems with that.

The music is a bit too ambient and there is not much going on here on this fifty minutes long album. A bit more action and quality would have been fine. A couple of good tracks elevates this album up to a decent status. I cannot see this album becoming a best selling album. It is frankly too weird, even for this scene.