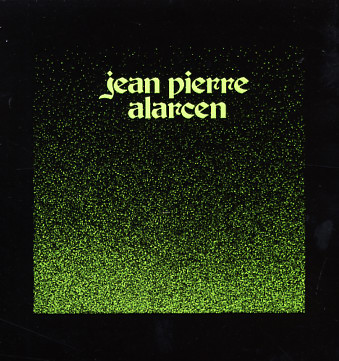 The debut album from this French composer and artist.

Jean-Pierre Alarcen was a bit of a strange artist. He was one of the pioneering guitarists in the French rock scene back in the 1960s before he formed the blues band Eden Rose and then the symphonic prog band Sandrose. Read my review of their one and only album here.

Jean-Pierre Alarcen released three albums under his own name. He did the guitars and some keyboards here. He also got help from ten guest musicians here. The lineup is classical orchestra instruments, guitars, bass, drums, choirs and a lot of keyboards. Michel Zacha contributes with choirs.

This blog has taken me to a lot of strange albums and places. This album is among the strangest ones.

There is no rock or no prog rock here. What we get is both classical music and fusion/jazz. Nothing inbetween.

I wish I could say that this is a good album. It is not. The contrasts is too big and the music is not good enough. The jazz pieces here sounds a bit too generic and too much in the wein of Weather Report, Chick Corea and those US bands. The classical pieces sounds like throw-away pieces.

This is a decent album. But also a very strange one. Check it out.