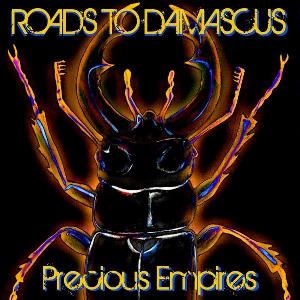 The third album from this Scottish band.

The band is a trio with a lineup of guitars, drums, bass, keyboards and vocals.

The band has so far released two good albums. They have become bolder and bolder on every album. Which is a good, good thing. Make that........ a great thing !

The band is still a neo-prog band. This time, more neo-prog than ever. The rock and pop stuff has been killed off and the band has now fully become a progressive rock band. Which is a very good thing.

The sound is contemporary and modern. The music is in the Marillion, Fish era mould. One of many bands in that mould.

That is fine for me. I very much like that band myself.

The songs are longer and much more bolder on this album. Some of them are touching nine - ten minutes. And they have got a lot of contents and style. There are also some symphonic prog touches here. Which is something new from this band. Continue with that !

This album is seventy-two minutes long and it feels a bit like a concept album at times.

My only gripe is the lack of any great tracks. But there is a lot of positive things here and this one is pushing a very good rating. Nevertheless, this is a good album well worth checking out. Actually, it is a very good album and by far their best album so far. Please keep a close eye on this band.