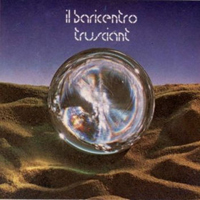 The band was a six piece band on this album with a lineup of bass, drums, piano, keyboards, congas, guitars and various sorts of percussions. African type of percussions.

The album is entirely instrumental and the genres here is jazz and fusion.

I quite liked their debut album Sconcerto from 1976. A good Italian jazz album with some Canterbury and Weather Report influences.

This is again what we get here. Just as described above. The band has not changed much on these two albums.

Well....... The bite in their music has mostly gone. It has been replaced with elegance and a lot of Return To Forever influences has crept into their music.

The music here is perhaps more jazz than fusion. A lot of keyboards and piano. A lot of rhythms too.

The music is also pretty melodic too. This is also a good half an hour long album. It is not the most exciting album around. It does not have much of a bite and it is a pretty generic jazz album. But I like what I hear..... in small portions. It is a good, but barely a good album.