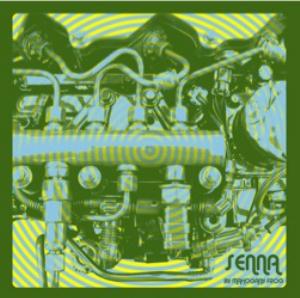 This album is the reason for the lack of reviews lately. Read on....

The sixth album from this Canadian band.

I really liked their previous album DO5 which was a slab of monumental post symphonic prog rock. That is what we get here on this album which I suspect has something to do with the late racing driver Ayrton Senna. The best ever racing driver according to BBC and most other media outlets. A life tragic cut short 1. May 1994 in the front of my eyes. The music on Senna starts with a monumental rousing feeling and then goes over to a more melancholic mood.

All this music is instrumental and the music can best be desribed as a mix of post rock and symphonic prog. As simple as that. The music is monumental as the Canadian mountains itself. Both rousing monumental and melancholic monumental. The melodies are great and really inspiring. The album impossible to put aside. Unfortunate, the album falls away a bit during the final ten minutes. The rest of the album is superb though and some of the best music from 2012. If not the best music from this year. This album is close to being a masterpiece and I upgrades it to a five pointer as it deserves it.