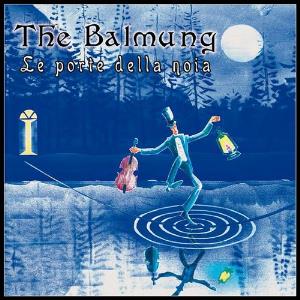 The debut album from this Italian band whose band name means adulthood or something like that.

Adulthood is what we get here. Adult Italian progressive rock. The music is very much rooted in the good old 1970s and is a mix of retro and contemporary Italian prog rock. The music is not particular symphonic though. The Balmung is more leaning towards the more bluesy, hard prog end of the Italian prog rock spectrum. For a start, they use Hammond organs instead of mellotron and moog. There is a lot of blues instead of Johan Sebastian Bach in their sound. The music is much more mainstream rock than avant-garde. It is mainly verse-refrain-verse based.

The Italian vocals is great and far better than if the band had used English vocals. The music is largely performed with Hammond organs, guitars, bass and drums. The sound is very good.
What is missing though is some great songs. The music is reasonable pleasing to my ears, without really impressing me. This is a good album though and should really win the band some fans. I hope and believe this song issue will be resolved on their next album. Add this album to the many good Italian debut albums this year.