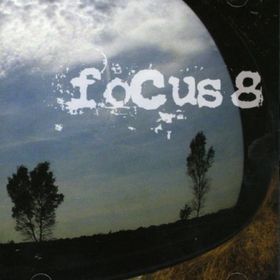 The first real Focus sound album since the Hamburger Concertos back in 1974.

Focus dabbled into a lot of styles on the albums inbetween. Mostly fusion though. But Focus 8 is strangely enough the real follow up to Hamburger Concertos. This despite of Jan Akkerman being absent and the only remaining original Focus member is Thijs van Leer. The other three members played in a Focus tribute band who then morphed into Focus itself. Not a bad idea. An idea later copied by Yes and other bands.

The result is also good. The ex Focus tribute band musicians knows how Focus was meant to sound and the result is a welcome return to old form. The songs are good throughout. There is no classic songs here and it lacks a lot of sparks and fizz. But this is still a nice album for all Focus fans. The title track is the best song here by miles. I like this album although I will probably only play their first four albums when I feel for some Focus.