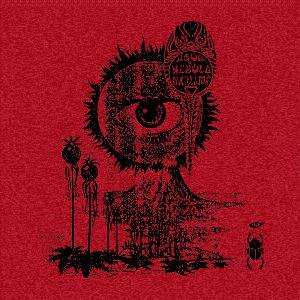 A collection of demo songs from this French space rock band.

The sound is pretty dire and the songs is left over material from their two albums and EPs. That says it all and serves as a warning against this album. This band is a garage space rock band. Something which tells you that we are normally not talking crystal clear sound anyway. But the sound here and in particular on side 1 of this LP is beyond dirty. It is mud and reminds me about some muddy black metal albums.

In short; avoid. Get their new album instead. A great album. Something this album is not.