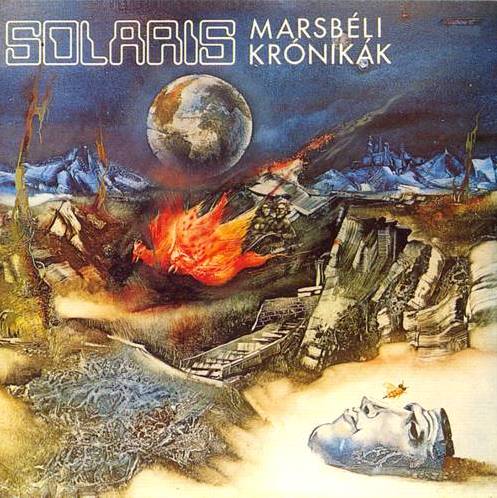 The debut album from this Hungarian band.

I was really looking forward to give this highly rated band and album a good listen. The band has resurfaced again after a long break with # 2 of this epic piece of music. So it is about time to give all their albums a good listen and reviews.

The band was a five piece band with some guest musicians. The lineup was guitars, keyboards, flutes, bass, drums, percussions and a lot of synths.

This album is entirely instrumental and a band like Camel plus Mike Oldfield is a good reference. I would also add the space rock bands in the German krautrock scene as an obvious reference.

Hence.... The music is symphonic rock. But with a twist of space rock. Space rock too because this is about the planet Mars. A very popular theme in popular culture.

The music is fine enough with a lot of interesting melody lines and details. It does not really captivate me though as I find it a bit bland and a bit unimaginative. It was probably a big thing in 1984 when it was a hit album in Hungary. But in 2015 and in my world....... It is a good album and well worth checking out though.