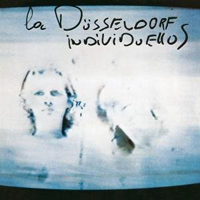 This trio was back again with the last hooray of this band. The lineup was keyboards, guitars, bass, drums and a lot of mostly silly singing and humming along.

German humour is a bit quirky to say at least. This album is a mix of German silliness and krautrock. The songs are pretty simply and children rhymes like. A bit mental hospital. As the late Daevid Allen demonstrated; this too can be great art. And most of what we get here is art. Very much so.

Some simple and spartan produced keyboards riffs is developed into melodies and songs. There is fifty-two minutes worth of it. It is a bit mentally demented, but it mostly works out fine.

The sound is pretty bad throughout though and that does not make a good album. This is a decent album and the worst of their three albums. Check out their first two albums instead.