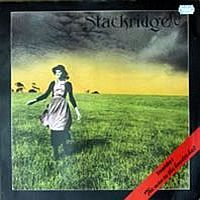 Stackridge was called the west counties answer to The Beatles when they started out. This six piece band is firmly in the English apple orchards folk rock tradition though. There is a lot of traditional vocals in their music in addition to acoustic guitars. These are backed up with violin. cello, flutes, bass, drums and keyboards.

This album starts out in the good old The Beatles vein with a lot of pop and some psychedelia vibes too. The album is then incorporating folk rock and.........wait for it.......... some soul too. The final part of this CD with the bonus tracks and all has a lot of strange songs too. Songs that I am not that fond of.

The end result is an album I do not really like at all. The final half really destroys it for me. The first half is good, I agree. The rest........

This is a decent to good album. Nothing more than that.