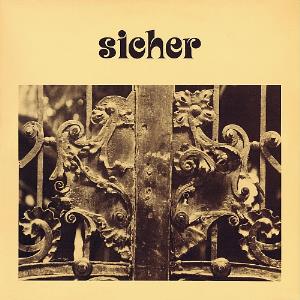 The one and only album from this Swiss band. An album yet to be released on CD.

Sicher was an eight piece band on this album with a lineup of violins, organs, keyboards, bass, drums, guitars, sax and flutes. And this album is an instrumental album.

It is listed as a symphonic prog album in ProgArchives and hence; it caught my attention. So I purchased it.

Although a large chunk of this album is symphonic prog, another big chunk of it is firmly fusion and jazz. Then you got some chamber classical music too here. It is fair to say that this band has fused most of the melodic progressive rock scene from the 1970 into one entity; this album.

The organ sound is very good. The melodies here not so good. The music is a bit on the slick side and is a bit bereft of substance and contents. This is a forty-five minutes long album the world has forgotten and I can understand why.