Psychedelic Ensemble. The - The Dream Of The Magic Jongleur (2011) 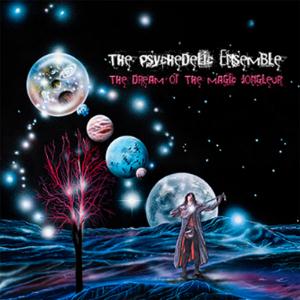 The third album from this US one man band with a guy who want to be left nameless. Which is fair enough.

This is my first meeting with his music after years of hearing only positive things about this, what I thought was a band. It is not so I am now a lot wiser.

This nameless man does everything here and I detect a lot of synths, guitars, bass, drums and some very pleasant vocals.

The band is labeled as a neo-prog band. Perhaps US neo-prog. Well, it is. The European neo-prog sound is a lot more naked and stripped bare than the US version where everything is bigger and brasher.

The final half of this sixty-three minutes long album fizzles out a lot and we get some good US neo-prog. There are still some very good synth runs and melodies. The songs are not that good on this half of the album.

So this album is an album in two halves. One half is great. The other one is good. Hence my rating.